Indi and Bodie Treat us to a Merry Christmas

By ReeD with a Bee December 18, 2015
Before you start reading, it helps to know that Indi is the girl on the right and Bodie is the boy on the left. 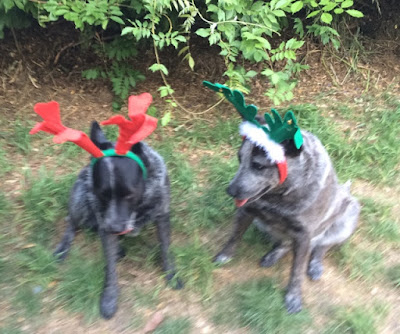 Indi: Our humans putting weird Things on our heads... Hey. You have treat? I want treat.
Bodie: Omnomnom. Treat yum, but stupid Thing on head. Hurry. Chew treat. Get Thing off head. 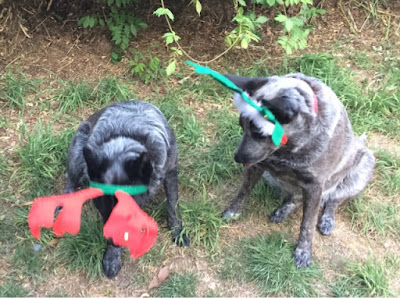 Indi: Why you get treat? I want treat.
Bodie: Nice treat. Stupid Thing on head! 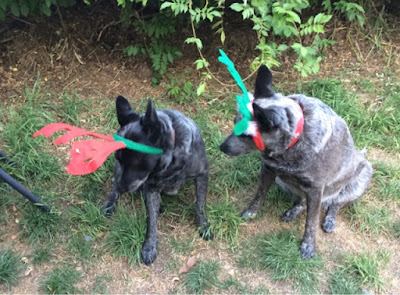 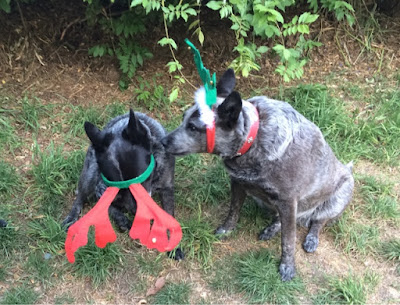 Bodie: Thing. On. My. Head.
Indi: Psst. Leave Thing on. We might gets treats for Thing. 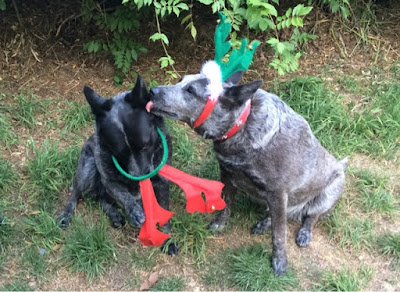 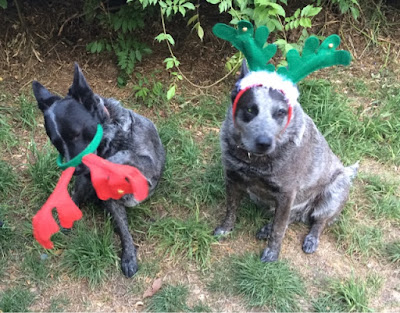 Bodie: Why Won't Thing Come Off??
Indi: Hey human. I tried. I wear my Thing. Treat? 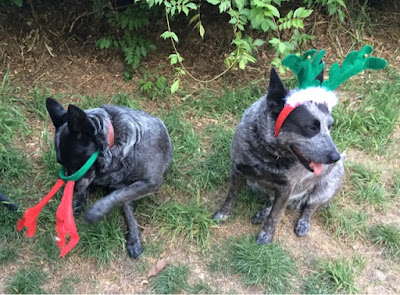 Bodie: Thing. Come. OFF.
Indi: Treats. I like treats. 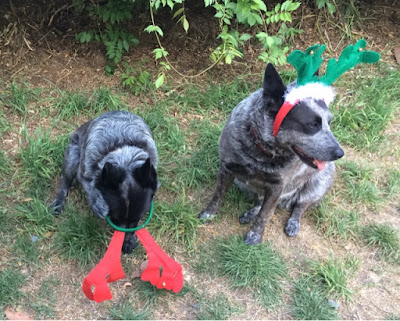 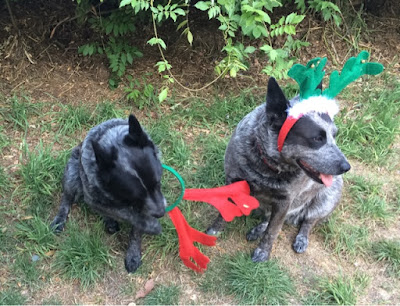 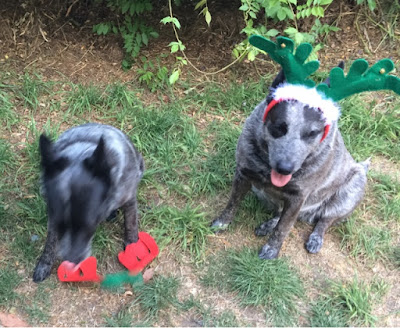 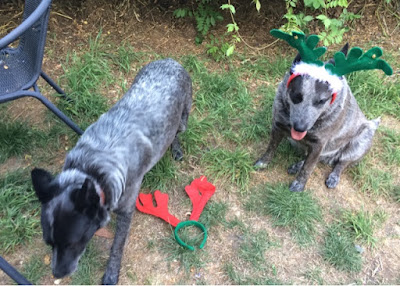 Wishing you all a very Merry Christmas, filled with Treats, Eats and all good Things!
From Indi, Bodie and their humans.

By ReeD with a Bee October 27, 2022
The whole household has been down with a bad bug (not the pandemic pest) for these past two October weeks. There were sniffles, sore throats, coughs and fevers aplenty.  It's all pretty exhausting, so on the weekend, LittleOne and I did some drawing to cheer ourselves up. I pulled out a roll of brown packing paper (greater novelty factor than your ordinary sheet of A3 white paper) and suggested we could draw a streetscape with some shops for LittleOne's toys and cars to drive and walk past and go shopping. Welcome to PonderBananeMangoSweet Street. (I contributed the Sweet. LittleOne authorised it to join the original.) Let's take a stroll. Here is, IMHO, one of best shops I have ever seen: The Fashion Explosion Rocket Shop.  This is perhaps the greatest name for a shop ever, in the entirety of human existence in the universe. Ever. 100% LittleOne's concept. I love it. It's for - and I quote - "fashions you wear when you go into space." There i
Post a Comment
Read more

The Creek at the End of the Road

By ReeD with a Bee March 29, 2022
At the end of the road, there is a creek.  A little waterway which wends narrow and sings joyous and clear around rocks, widens into calm, almost-still pools, and runs muddy and ferocious when the rains fall. This post is a list of observations of the worlds which intersect at this creek. Many of them seemingly random, or that I have no explanations for. Let's draw on my anthropological past and call it an ethnography of the creek. Or a collection of daily ethnographies of the creek. The creek has one little footbridge, coloured red-brown. At the edges of the creek are combinations of trees, stones, grasses, lots of elephants ears, weeds, thickets and bushes, and in one spot, a large clump of bamboo. After these, there are more trees. Scattered. Or in family groups of 3 and 5. Perhaps they are the original trees from when this area was originally developed in the 1970s.  After the trees, there is grassy/parkland, some boggy patches of land and several more trees spaced further apar
2 comments
Read more